Food, Farming, and the Future

When Jane Goodall said “you cannot get through a single day without having an impact on the world around you.”, she knew that it is our every day actions that are shaping our future. While many of us know that driving, flying (or endless shopping) are ways in which we impact our planet, we often forget (or aren’t even aware) that what’s on our plate has an impact too.

From the moment it is grown, to the moment it lands on your plate, a massive web of activity is involved in getting your food from A to B. From production to consumption, our current food system is riddled with a myriad of problems. These problems include; deforestation, the resource-intensive and greenhouse gas-emitting meat and dairy industries, carbon-belching transportation methods, the loss of biodiversity, soil degradation and the spread of zoonotic disease. (Just to name a few.)

But our systemic problems don’t end when our food arrives in shops (or lands on our plates). Roughly, about 1/3 of all food produced is wasted. And with it, so are the finite resources that were used to grow and transport it. And it is a waste we can not afford (to ignore) much longer… It is estimated that by the year 2050 there could be over 9.7 billion mouths to feed, but there won’t be enough land to feed everyone. To prevent mass famines, it is imperative that mankind not only implement sustainable plant-based food systems, but more importantly, implement sustainable socio-economic systems that provide for all, and not just the wealthy few. 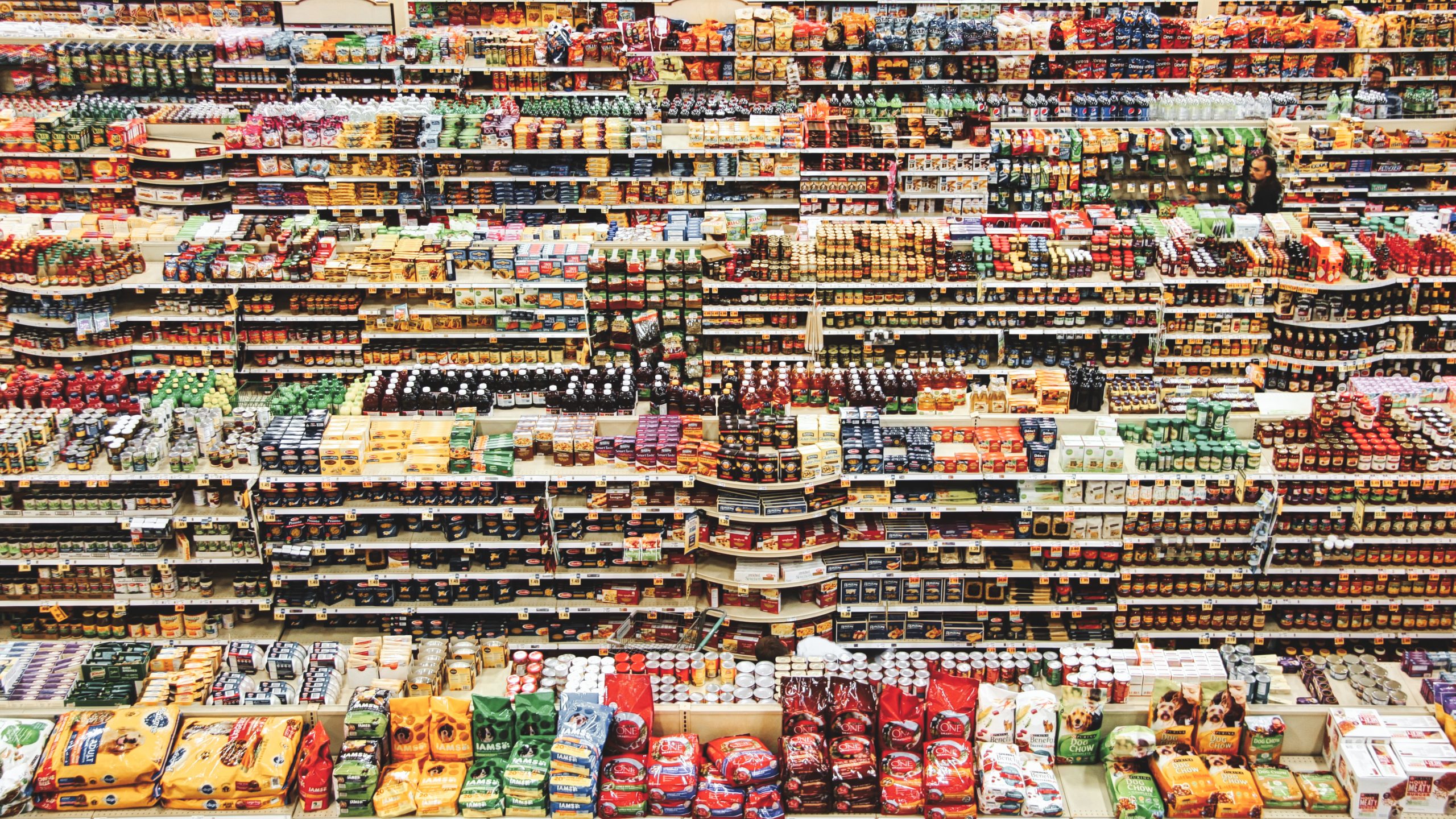 Do you think this is food?

A Waste of Space

Forests, savannahs, wetlands, and other precious ecosystems are increasingly cleared to make room for agricultural land. In addition to the production of greenhouse gases, deforestation destroys wildlife habitat, disrupts ecosystems, pushes species to the edge of extinction, and rips out the very lungs of the planet. It can also lead to more disease outbreaks… Peter Daszak has argued that the risk of future pandemics similar to COVID-19 could be reduced by curbing deforestation and wildlife trade. Cutting down forests impacts biodiversity, eradicating certain species while others – such as those that host dangerous pathogens that can be transmitted to humans – thrive.

Deforestation thus adds another layer of complexity to an industry already mired in challenges. If we continue on this destructive trajectory, we could very well run out of space and resources. However, the future need not look glum. By implementing, practicing, and supporting sustainable alternatives to farming and food, we can work with the spaces we have and hopefully negate the destructive patterns of production and consumption. So, what can we do? Well, we can start by using the space we already have acces to!

Past spring I decided to set up a Greenhouse Micro-Farm experiment with the goal of growing the maximum amount of produce per m². I planted a mere 30m² with a wide range of organic and native heirloom seeds, all selected for climate compatibility. The results were astounding: From June till September, I was able to harvest nearly 1kg of delicious vegetables and fruits daily, and life had returned to my backyard. Check out the timelapse slideshow of the process:

Central to many of these alternatives is scaling down the means of production. This can be achieved by using the space we have innovatively and sustainably. The more creative our use of space, the less we need to destroy; and subsequently the shorter the route from farm to table, the less waste, energy, and emissions are produced.

In my previous blog titled ‘Regeneration in the 21st century’ I discussed regenerative agriculture as a sustainable alternative that aims to work with and restore the surrounding natural ecosystem. Instead of linear methods of production following a pattern of take-make-dispose, regenerative agriculture works in a circular pattern of reciprocity. The land provides us with food; in return, by working with the land, biodiversity is protected, soil health is improved, and carbon sinks are created. This, in turn, protects the planet. By protecting the planet we protect ourselves and ensure food security for the future, as well as homes and habitats for birds, bees, and beasts, all of whom we rely on for food. You might borrow from The Lion King and call it the “circle of life”.

Practicing regenerative agriculture is not merely for farms and other rural areas. You can apply regenerative techniques right in your own backyard by something as simple as starting a compost pile or installing a pond. Given the need for space, farming has headed into the city, providing many innovative and sustainable methods to conventional farming models. Considering that 56.2% of the global population now lives in cities it’s become ever-more important to find ways of adapting agriculture to the ongoing reality of urbanization. Cities need to become an integral part of the food system.

From Farm to City to a Solarpunk’s Dream

A regenerative food system in the city is possible with micro farming, defined as a small-scale, high-yield, sustainably-minded method of farming, particularly for urban spaces. As a regenerative practice it allows for the kinds of benefits we need from sustainable alternatives. By bringing production into the city it brings food closer to the consumer, which means less transport and less packaging equating to fewer emissions and less waste.

It’s not just the environment that benefits, but people too. By supporting community-driven micro farms (or even starting your own) we become more self-sufficient, relying less on external systems and thus supporting local economies instead of global conglomerates. Rather than clearing precious land, micro farming enables the use (and reuse) of existing spaces. Neglected gardens in suburban areas can be given new life, abandoned parking lots can become green lots, and derelict urban spaces can be regenerated.

Micro farming allows for the further creative use of space, because you can plant up with a technique known as vertical farming. A means of growing food on vertical surfaces in controlled environments, it uses less water, grows year-round, and is less exposed to chemicals and disease. It can also become highly ambitious (quite literally), by being incorporated into office blocks and skyscrapers for food, aesthetics, and mental wellbeing. Vertical farming can be cost- and labor-intensive, so there is room for improvement; but to trot out a tired (yet very fitting) cliché: “Rome wasn’t built in a day”. All change requires learning curves.

Sometimes change is a choice and sometimes it is forced upon us. In the Netherlands, famine and food shortage after World War II forced the Dutch to become innovative in finding food and ensuring food security. Technological developments, improved education, and better accessibility resulted in a flourishing rural economy. The tiny nation has also made the most of limited space through the building of polders – low-lying land reengineered for agricultural use. Polders are of integral social and economic value to the nation. However, they are increasingly threatened by sea-level rise and extreme weather events. The solution? Further innovation with forward-thinking ideas such as houses built on stilts or designed to float. These solarpunk visions of floating houses, green skyscrapers, and plant-filled parking lots may sound like the fanciful creations of fairy tales and filmmakers, but with a little imagination, these don’t have to be visions that merely exist in books and movies. 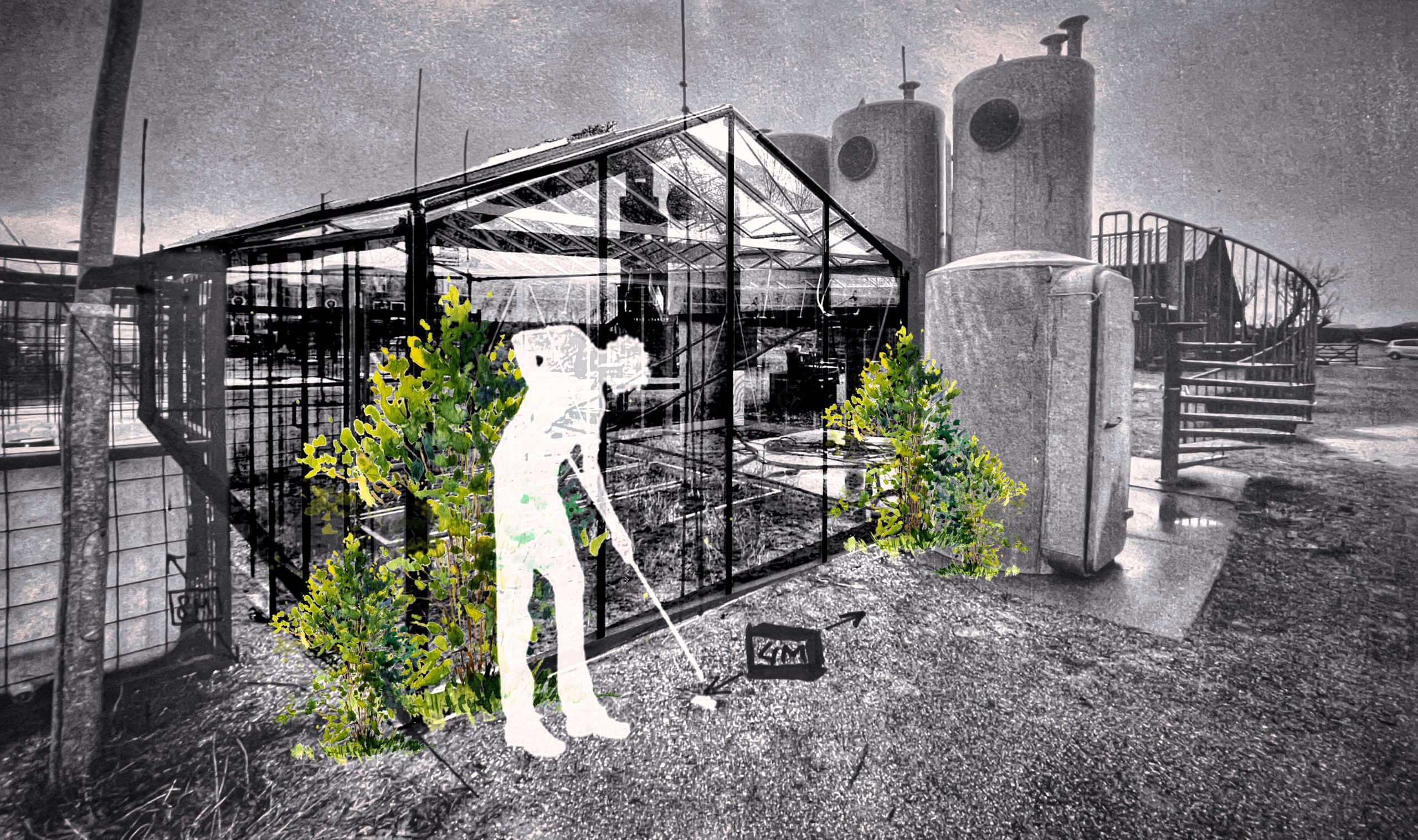 Innovation has driven agriculture since its inception 10 000 years ago, and technology – from plows to irrigation systems to soilless farming – has always played a key role. Now, living as we are in an age when technology is so prevalent in our lives, it’s more important than ever to put our technological and digital knowledge to good (and innovative) use.

Agriculture, according to its standard definition, is “the science and art of cultivating plants and livestock”. This is still the case, but its work has moved beyond the farm – even urban farms – into the laboratory. Cultured meat is providing an alternative to traditional sources that is both humane to animals and friendlier to the environment. Agricultural apps are giving farmers new tools with which to manage farms and food. Farming for the future will thus involve not only new spaces, but new tricks, tools, and trades.

By melding nature, science, industry, and technology, we can address the challenges created by the current food system, and search for alternatives. After all, a solarpunk future posits new worlds that are sustainable and solution-oriented. This is not a distant goal beyond our lifetime, and we don’t have to wait for the future to catch up with solarpunk fiction – the future is now.

Solarpunk – The Next Big Think