Solarpunk – The Next Big Think

Art and cultural movements have influenced generations for centuries, bringing with them fresh perspectives and new ways of thinking. Eventually they are absorbed into the mainstream, sometimes even becoming the mainstream, reaching a point where they dictate the status quo. But culture is dynamic and the dominant movement of the time will again move and morph to adapt to changing circumstances. When culture stagnates, upholding everyone to a status quo and ousting those who do not conform, counterculture rears its head. It pushes back against conformity through rebellion, protest, and dissent.

In the 20th century this was evident in the West in the music, fashion, literature, and philosophy of hipsters in the ‘40s, beatniks in the ‘50s, hippies in the ‘60s, punks in the ‘70s, hip-hoppers in the ‘80s, and ravers in the ’90s. What about the 21st century? Only two decades in and we find ourselves facing a mirrored scenario to that of 100 years ago when the 1918 Spanish flu brought about a global pandemic. It faded out by the time the new decade rolled around, ushering in a period known as the Roaring Twenties: a time of economic growth and prosperity that led to mass consumerism.

Should Covid-19 fade out in the near future, will the aftermath bring about a new Roaring Twenties? If so, it needs to be one less focused on the materialistic and consumptive ambitions of its predecessor, because the planet will not be able to sustain a culture of ceaseless production and consumption. It’s already struggling to do so. However, what we can take from the Roaring Twenties is its optimism. This is where solarpunk comes in as a countercultural opportunity.

Solarpunk is a vision of the near future that melds the power of the natural world with the innovative potential of technology and the sustainability of clean energy, driven by a desire to address environmental concerns such as anthropogenic climate change. Its roots lie online in Tumblr blogs and Reddit forums, from whence it’s slowly moved into a literary subgenre of science fiction. Its influence has also reached into music, fashion, and architecture.

Its futuristic visions make solarpunk reminiscent of its fellow subgenres in science fiction: steampunk, cyberpunk, and climate fiction. However, solarpunk is distinct from steampunk in that it is a reality centered on solar power as opposed to steam power. When it comes to cyberpunk and climate fiction, the greatest distinction is that solarpunk is rooted in optimism. Its hopeful outlook envisions societies moving not only in union and harmony with each other, but with nature – unlike its grimmer siblings and their post-apocalyptic dystopias.

It’s most apt that solarpunk was born online, considering that the generations who would need to champion it are millennials, as well as Generations Z and Alpha. The latter two in particular are generations growing up in a world that is more globally and digitally connected than ever before. These generations will inherit the Earth, and it’s an Earth that is in danger of potential collapse due to the exploitative and divisive nature of how society functions (or doesn’t). Millennials, Zoomers, and their successors are thus heavily invested in protecting Earth, otherwise they may have no tomorrow to live in.

Since solarpunk is already evident in literary form, it’s hardly surprising to see it make its way into other forms of art. But we can even look to older works that speak to the solarpunk aesthetic and philosophy for further inspiration. Many of Hayao Miyazaki’s films contain environmental themes, which can still resonate with solarpunk followers today. Star Trek’s vast and detailed universe is a fantastic, optimistic model of a future driven by innovative technology and social cohesion. Daniel Christian Wahl speaks of how stories create meaning and shape our worldview. Solarpunk, with its optimistic stories and hopeful outlook, thus has the potential to encourage a worldview that can build a better future.

Alongside books and films are other art forms such as music and dance, where the counterculture has often lived and breathed. Tapping into the world of contemporary music and its attendant festivals opens an opportunity to put solarpunk into action. With Covid-19 forcing physical distance and social isolation, providing plenty of time for reflection, a desire for social interaction, and hopefully also change, has been ignited.

Live events not only provide a space for social interaction, but can also become a place to practice and share knowledge. In many ways they already have. Dance events and music festivals, for example, have become more eco-conscious both in thought and practice. The ADE Green Conference held at the Amsterdam Dance Event in 2019 is an example of applying sustainability in the music industry through the integration of nature and the application of innovative green solutions through technology. 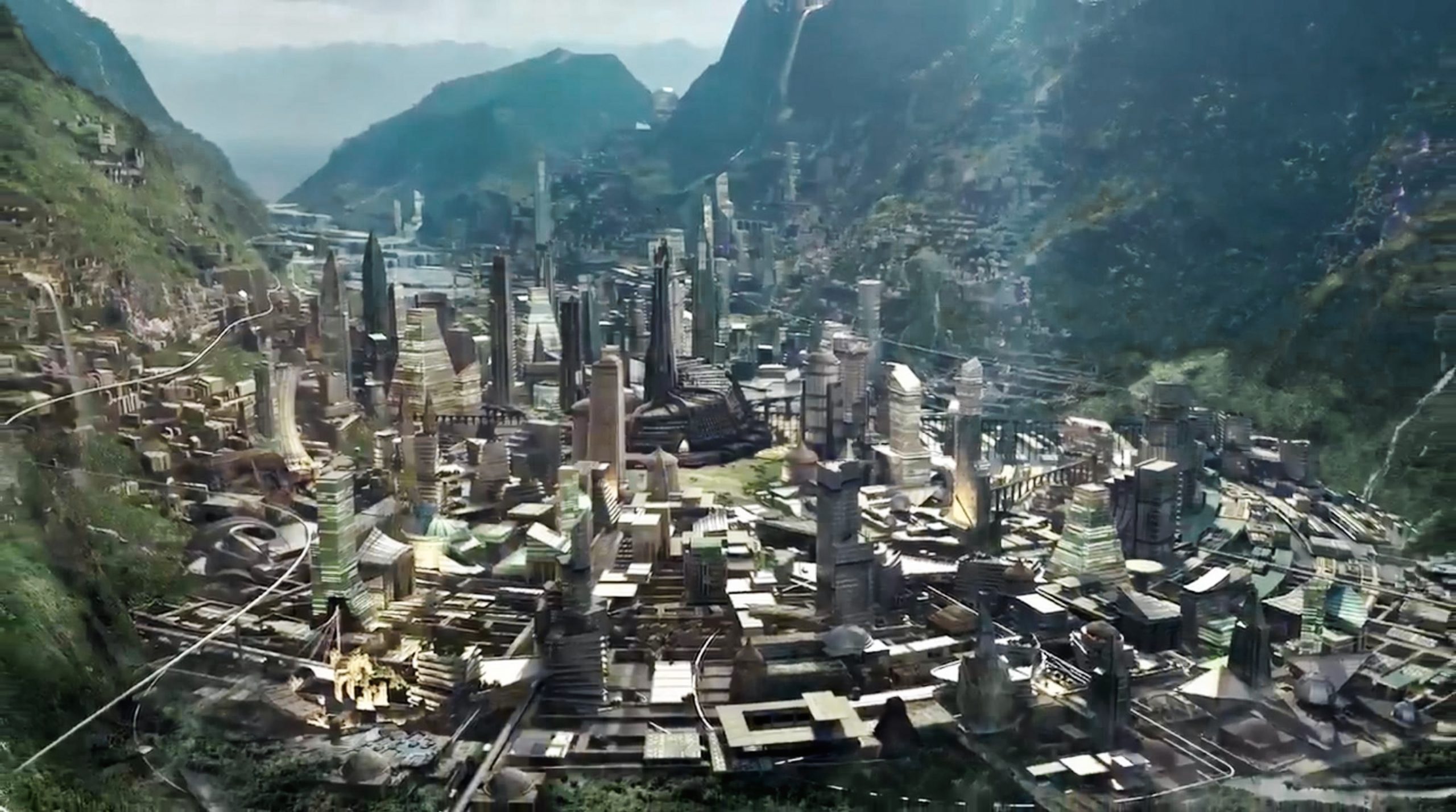 Visions of a Solarpunk Future

Through technology’s potential, the diversity of nature, the flexibility of self-sufficiency, and the strength of community, solarpunk seeks a way to regenerate art, culture, urban spaces, economy, and ecosystems to build a better tomorrow. And who better to push back against the conformity of consumerism and put change into action than today’s youth – just as their predecessors did before them. In the ‘70s and ’80s, the punk movement pushed back against conformity, advocated for self-sufficiency, and encouraged action – seen profoundly in the role it played in helping bring down the Berlin Wall. Solarpunk shares many of these tenets, hence the inclusion of punk in the term.

Of course, we can’t practice new or alternative ways of thinking only when we’re on stage or in the audience. So once the music pauses, what’s next? Coming together again to put ideals into action. The environment has had many such champions spring up over the years, from Friends of the Earth to Acción Ecológica. Today, groups such as these are still in action and have been joined by the likes of Extinction Rebellion to tackle social and ecological collapse.

Solarpunk’s next step is thus to actively turn future visions into contemporary realities. Books, movies, music, and dance need not be the only source of inspiration. Other living examples already exist. Sustainable cities such as Gardens by the Bay in Singapore are an example of how “nature, culture and science can…come together in the name of environmentalism”. Restoration projects such as the Loess Plateau Watershed Rehabilitation Project emphasize, as documented by ecologist and filmmaker John D. Liu, that where production and consumption are prioritized, lasting success will never be attainable never mind sustainable. Rather, through the restoration and regeneration of ecosystems, we can build effective and efficient ways of living that are sustainable and serve whole communities rather than just a select few. 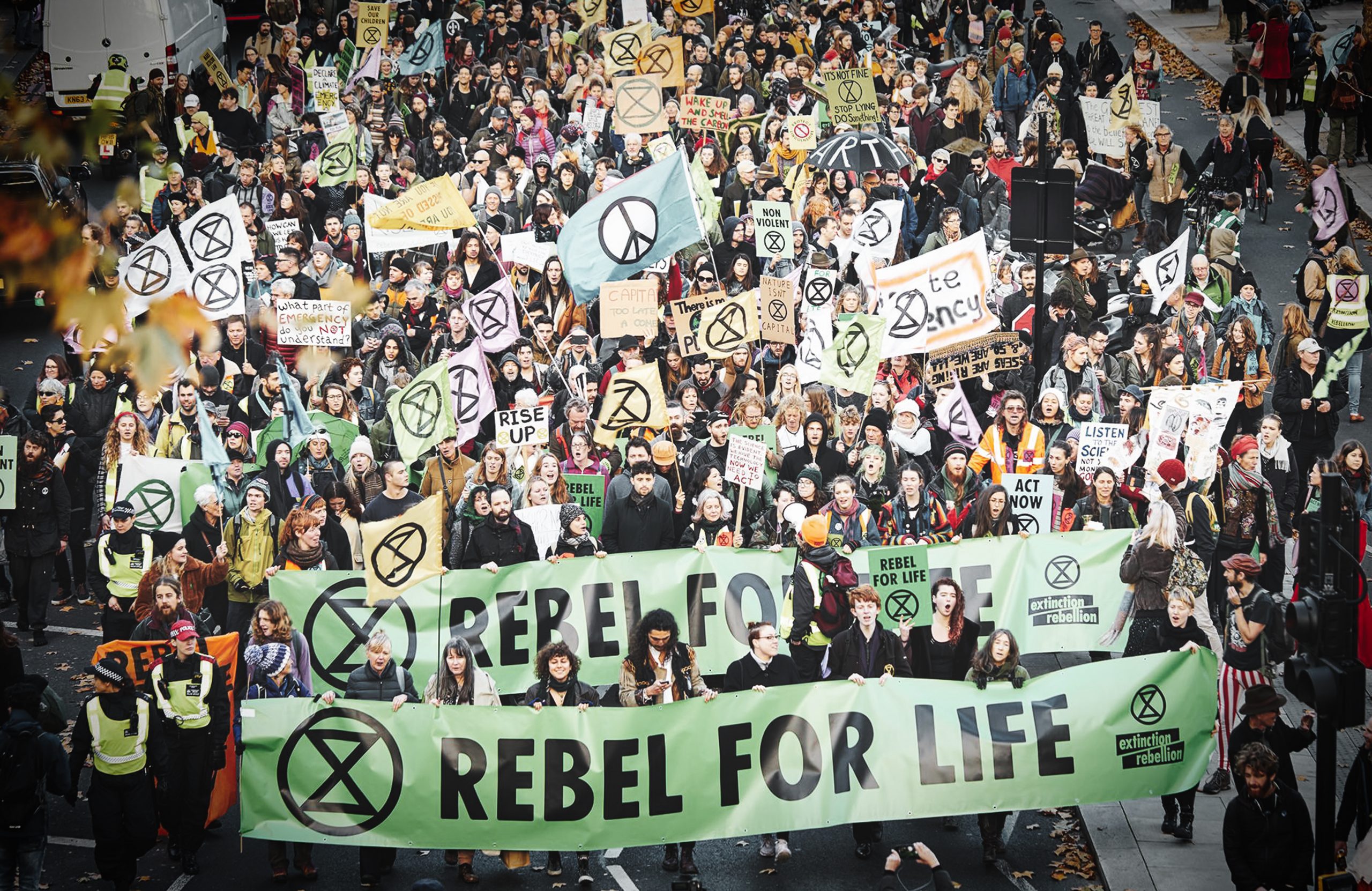 Fueled by climate change and outrage, Extinction Rebellion is rapidly becoming the biggest counter-culture youth movement in the world.

Change is happening and more can follow, but solarpunk needs to keep its optimism in check. It’s important to remember that the bubble and bombast of the Roaring Twenties was followed by the Great Depression, swiftly followed by World War II. That’s not to say we need to walk about in despair and dread.

Mere months into 2021 have already seen U.S. President Joe Biden re-enter the United States into the Paris Agreement; while, at the recent World Economic Forum, China’s president Xi Jinping spoke of moving China towards carbon neutrality by 2060. Even though we should not wait around for governments, as well as corporations and institutions, to wake up and smell the pollution, policy changes, international agreements, and new regulations are necessary. Those causing a significant part of the problem need to be part of the solution: big polluters (China and the U.S. being the two biggest in the world) need to come to the party.

That doesn’t mean countercultural movements can or should do nothing. After all, politics can be more than men in suits sounding off in front of a podium. Art is not necessarily apolitical. Art is people and people are politics. If we do not see the examples we want in leaders and organizations, we must become the examples by starting movements, fostering change, and embodying the hopes and ideals that can bring us together to be a force greater than the ones keeping us apart.

Regeneration in the 21st Century